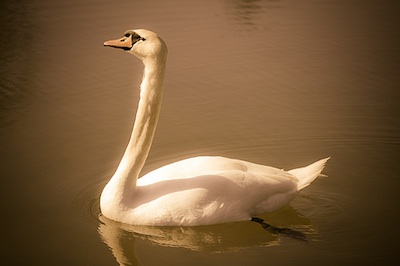 The other morning I was in a sort of meditative state and a few very interesting things came to me.  The first was a message– it came through as the subtleist of impulses, like a soft voice, and it said, “We want you to have deep self-confidence.”

Now this is interesting because it was in response to my question, which was, “Why are you making it so damned hard!” I was sort of meditating and praying as I lay there because the business that my wife and I have, 11:11 Enterprises— which my lovely artist wife created, is growing so fast that we need more money to keep up with production.  We’re having greater success and it’s been a challenge to keep up.  I know this doesn’t quite make sense, but when there’s demand, you have to have enough supply to fill that demand and that takes Capital until there’s a flow.  It’s sort of like priming a pump.  You pump and pump until the water has filled the pipe from deep within and then it flows freely.

So as I meditated, I was asking very openly for a solution to the problem at hand and what I was told was “We want you to have deep self-confidence.” That’s interesting, isn’t it?  So I started to think about what Self-Confidence really is, starting with the word “Self.”  The self is that You that’s at the core of You– The Self.  It’s the soul of you, but with individual identity.

The soul is infinite but when it comes into the body it becomes limited in order to have experiences.  You suffer a little, hopefully you enjoy a lot more than that, and you eventually remember the bigger, infinite picture of the self.

And what is confidence?  Confidence is a knowing, a state of certainty.  Where there is confidence, doubt doesn’t exist.  Alot of people mistake self-confidence for cockiness or hubris, but that’s not so.  A truly self-confident person will be subtle, soulful and deeply grounded because they’re close to The Self, because they understand the self through experience.  The trouble is, most of us are going too fast; texting and surfing the web, playing games and watching Youtube so much that we can’t experience enough of The Self .  There’s a shakiness and instability there.  It’s in that shakiness that fear and doubt can creep in.  When that happens, stress and strain aren’t far behind.  Meditation=experience of The Self.  ‘Nuff Said.

The next thing I saw in the meditation was black fur– like that of a bear.  It wasn’t big like a rug, but it was narrow and long, and it seemed to go on in each direction like a timeline– linear, like one’s life.  Then, just as I saw it, it was under my feet and I was standing firmly on it.  I had an amazing revelation from that vision.  I realized that problems are like a big, life-threatening bear– seemingly scary and impossible to defeat, but then once they’re slain, they’re under foot– the problem you thought was going to do you in, is now part of your foundation.  One more thing that takes you higher.

Finally, in the last part of this mediation I was in the high desert of New Mexico, on the land where we do our Summer Solstice practice– Ram Das Puri, just above Espanola.  As I stood on the ground, I saw water– cool, clear, spring water bubbling out of the earth.  It flowed a little, pooled and then seeped back into the earth.  I could see from that mini-dream-in-meditation that everything eventually comes full circle.  Plus the picture of that cool clear water under the hot, crisp blue desert sky was comforting.

I was worrying too much.  What I needed was self-confidence, because deeply knowing my self, would remove any doubt.  With the self-confidence, true self-confidence, would be a deep understanding from the well within me and from that, the problem would be under-foot soon enough and then everything would come full circle.

I chose a yoga set and a meditation that somewhat reflected these themes and I went in to my Sunday morning class and taught about this, which came through in my meditation and the result was a mind-blowing class.  Without boring you with the details I will say that come Sunday Night and then by Monday morning, the solutions came and we’re now well on our way.

People sometimes ask me how I decide what to teach and talk about in class.  Well, first it must be understood that a kundalini yoga teacher isn’t actually teaching the class– it’s a delicate dance with the energy that’s coming through the teacher.  The teacher is like a conductor of an energy symphony made of breath, sound and the angles of the postures.  The students are like sections of instruments, each adding to the collective field of energy.  That’s why a good teacher can create a space for a mind-blowing class while others might just teach an okay class.  It all starts with teaching what you know, what’s closest to you.

I learned all of this from my teachers of course.  Watching them closely, going to their classes and then emulating them in my classes.  Harijiwan Khalsa and Tej Kaur Khalsa are two great yogi’s who are masters at this.  They teach from their deep well of experience and it’s because they are able to not only conduct the exercises in the class, but because they have such a strength of energy of their own, that they literally go into a meditative state and channel energy into the room through the subtle body.  Each of the students then feels this through their own subtle bodies as the kundalini rises and that’s how a great class is achieved– the infinite energy litereally breathes life into the sacred geometry of the yoga postures and breath exercises.  Add sound, another form of energy to that mix and you’ll understand why Kundalini Yoga is so incredibly powerful when taught from the center of the teacher.

And that’s what I did the other day.  I went in and taught what I knew– what came through was incredibly powerful, and the result was like that pure, clear water coming up from the center of the earth.  It refreshes and then returns deep within.